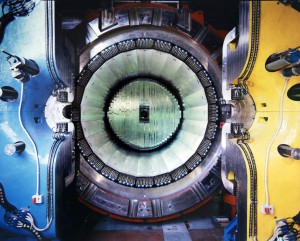 KLOE made fundamental contributions to the understanding of various questions of modern Physics including the study of the quark mixing mechanism in the Standard Model via the Cabibbo-Kobayashi-Maskawa matrix, carrying out the most precise measurement of one of its elements.
KLOE also contributed significantly to the measurement of the low energy hadronic cross section, particularly important for the study of the anomalous magnetic moment of the muon (g-2) and for its most precise prediction (one part per million) in the Standard Model context, that nowadays is not in full agreement with the experimental g-2 measurement, leaving room for new Physics hypotheses in this framework.

KLOE-2, with a detector upgraded by adding new cutting edge technology based elements, is aimed to widen and extend the original KLOE Physics program. Among the main topics, KLOE-2 is devoted to study the light mesons decays, as K and η produced at DAΦNE, strong interactions in the low energy regime, and the search for new exotic particles as possible manifestation of dark matter.

Very important is the possibility to study the decays of neutral kaon pairs initially produced in an “entangled” state that allows for refined tests of quantum mechanics and for observing impressive quantum interference phenomena.

Moreover the entanglement of K mesons allows to test with high precision the fundamental discrete symmetries of Nature, as CPT, i.e. the invariance under successive transformations of charge conjugation (C), space inversion (or parity) (P) and time reversal (T).

The observation of small violations of this symmetry would imply the necessity of reviewing our present foundations of Physics and would be the first experimental evidence for a quantum theory of gravity that would reconcile Einstein’s general relativity with quantum mechanics.

This result was accomplished in little over three years of data taking thanks to an innovative beam interaction scheme in DAΦNE improving its performance.

The data recorded by KLOE and KLOE-2 are a unique data sample, rich of Physics, and the largest ever gathered at an electron-positron collider operating at the ϕ resonance peak. In all, it corresponds to the production of 24 billions of ϕ mesons whose decays include about 8 billion neutral K meson pairs and about 300 millions of η mesons.

The analysis of this huge amount of data is ongoing and will continue in the next years producing new and interesting results.