The MUSE project approved in Horizon 2020 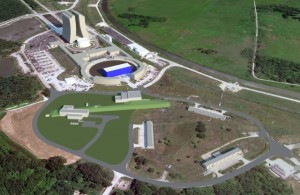 The MUSE project, coordinated by Simona Giovannella, researcher at LNF, has been selected among the 363 proposals submitted to the EU in the framework of the call MSCA-RISE-2015 in Horizon 2020. The project goal is that of promoting the international and intersectoral collaboration by means of secondments of personnel.

Indeed, MUSE will allow to coordinate the activities of about 70 researchers from various European research institutes (INFN, University College London, University of Liverpool, Helmholtz-Zentrum Dresden-Rossendorf, Fermilab) and industries (PRISMA, CAEN, AdvanSid) for the participation to the experiments at the Muon Campus of the Fermi National Laboratory (FNAL), in USA.

The duration of MUSE is of four years thus well adapting to the Muon Campus schedule that will host in the same period two world class experiments dedicated to the search of new physics. The first one, Muon g-2, will improve of a factor of four the precision in the determination of the anomalous magnetic moment of the muon, that is now deviating of more than 3 sigma from the Standard Model prediction.
The second one, Mu2e, will use a high intensity muon beam, interacting on an aluminum target, to increase of four order of magnitude the search for the conversion of a negative muon in an electron in the field of a nucleus: a process violating the conservation of the leptonic flavour that is forbidden in the Standard Model.