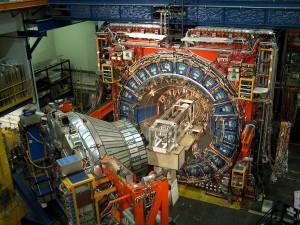 The CDF has achieved many important results. The most famous in 1994: on 26 April the CDF collaboration announced the first evidence of the top quark. 2006 was the year of another important discovery: the oscillation of the Bs meson. In 2008 the great news: the prestigious “Panofsky 2009” prize of the American Physical Society went to the two Italians, Aldo Menzione and Luciano Ristori, leaders of crucial projects for the above-mentioned discoveries: the SVX silicon vertex detector and the SVT super-processor. CDF represents the work of hundreds of scientists, students, engineers and technicians, who have worked on the two construction phases of approx. 8 years each.